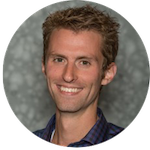 Pleased to report that our latest paper, which tests a hypothesis about the role of genetic drift in electric signal evolution was published in Evolution online. This terrific work was led by @SofishPicq and features behavior work by @BruceCarlson75 https://t.co/B1zmAiD96a

Communication signals serve crucial survival and reproductive functions. In Gabon, the widely distributed mormyrid fish Paramormyrops kingsleyae emits an electric organ discharge (EOD) signal with a dual role in communication and electrolocation that exhibits remarkable variation: populations of P. kingsleyae have either biphasic or triphasic EODs, a feature that characterizes interspecific signal diversity among the Paramormyrops genus. We quantified variation in EODs of 327 P. kingsleyae from nine populations and compared it to genetic variation estimated from microsatellite loci. We found no correlation between electric signal and genetic distances, suggesting that EOD divergence cannot be explained by drift alone. An alternative hypothesis is that EOD differences are used for mate discrimination, which would require P. kingsleyae be capable of differentiating between divergent EOD waveforms. Using a habituation‐dishabituation assay, we found that P. kingsleyae can discriminate between biphasic and triphasic EOD types. Nonetheless, patterns of genetic and electric organ morphology divergence provide evidence for hybridization between these signal types. Although reproductive isolation with respect to signal type is incomplete, our results suggest that EOD variation in P. kingsleyae could be a cue for assortative mating.

Check out the full paper here: